The first thing to know about Horus, for those of you who are not familiar with the company, is that they are all about the reticle. I am a proponent of reticles in that I believe them to be a very important part of the scope and not to be overlooked by slapping a duplex in it and calling it good enough. A good reticle is so much more than a simple aiming point. I think there are few reasons better to choose an optic than that you think it has an excellent reticle. Horus reticles can be found not only in their mid-ranged products but also in the much more expensive U.S. Optics and Leupold Tactical lines. Their reticles all have a distinctively Horus appearance to them in that they consist primarily of a large and intricate mil-grid. The idea is to accomplish mil based ranging, windage, and bullet drop all without messing with the adjustments. The grid provides ample information for getting this done. I have read passionate opinions for and against the Horus system. There really doesn’t seem to be great deal of middle ground regarding whether the reticles are the greatest design in the history of rifle scopes or to busy, easy to get lost in, and a terrible idea. It you are a fan, or curious enough to lay down some dough to try one, by far the cheapest way to do so is a Horus scope. Horus charges a great deal of money to other companies for use of their reticle. As a result, buying a Leupold or USO with a Horus reticle generally costs about $400 more than with a different reticle though this premium can be greatly reduced by buying on the used market.

Reticle aside, lets have a look at the Horus. When I first gave the Horus a once over its appearance did not impress. The finish and machining does not look great, though I was happy to see an optics company using a good mount to display its optic. When looking through the Horus, and comparing it to my reference, its ratings improve. It is front focal plane, (no surprise with it’s reticle) and has the same dim illumination you might expect from a ffp design, but its clarity is almost that of the GRSC, and its field of view is better. Not bad in a $650 optic with a unique reticle. The adjustments are capped and finger adjustable. They are also quite low profile. Despite this small stature they feel ok, certainly good enough given you are not going to be using them for anything but zeroing since you have the Horus reticle. All in all I find the Horus Talon to be a pretty good container for the H50 reticle. Incidentally, it did not escape my attention that in this review my refrence scope and the scope under review are probably the two optics most well known optics, for their reticles, in the industry.

The Horus Talon 1-4x24mm next to the reference GRSC:

The Horus at 1x with maximum illumination:

The Horus at 4x with maximum illumination: 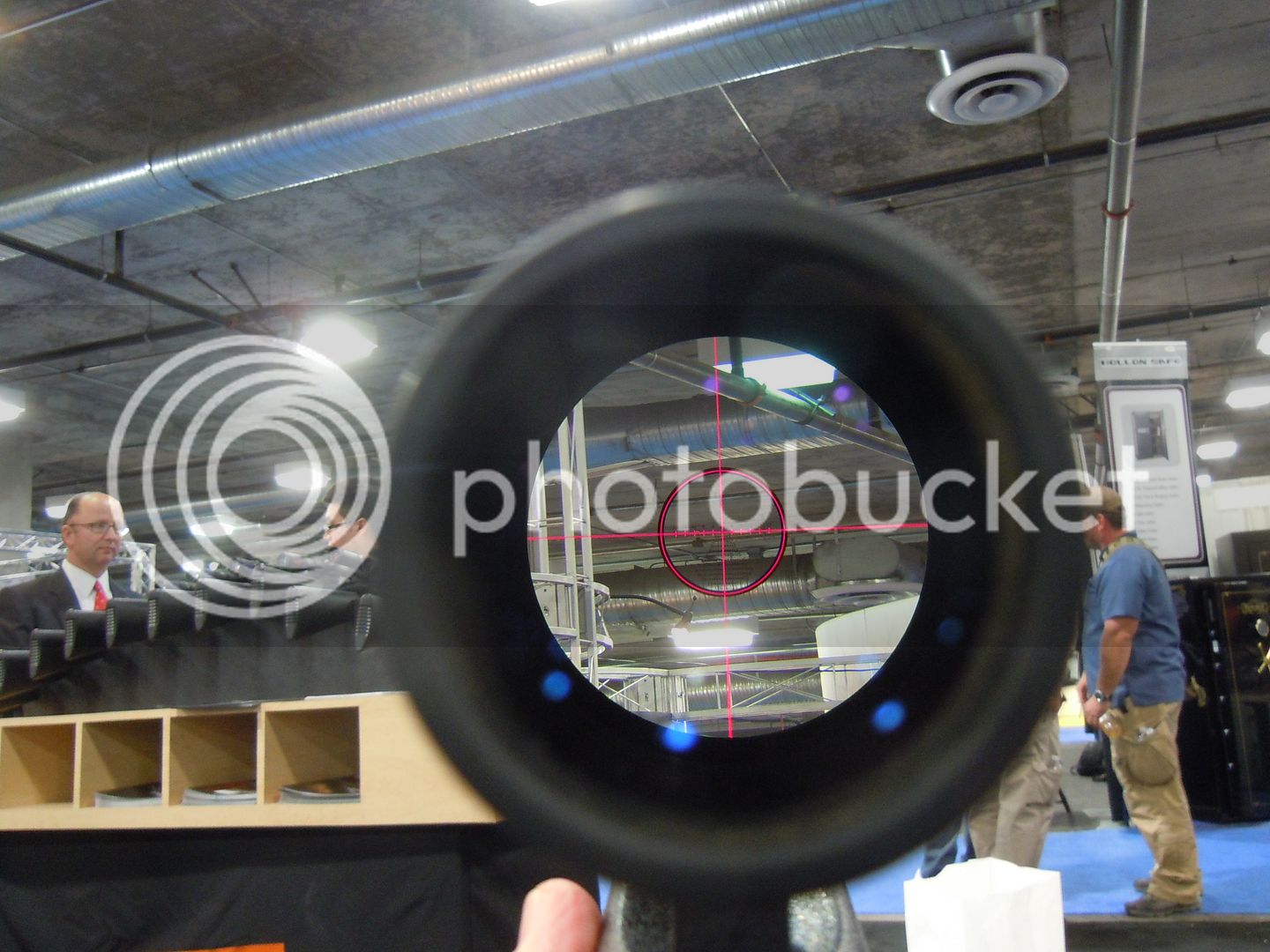